Zumba: battle of the fitness classes

It’s the third part of our fitness class series. Our writer Holly has been close to passing out, ached for days and drank more water than she thought possible. In this latest attempt, she takes on the calorie burning power of Zumba. 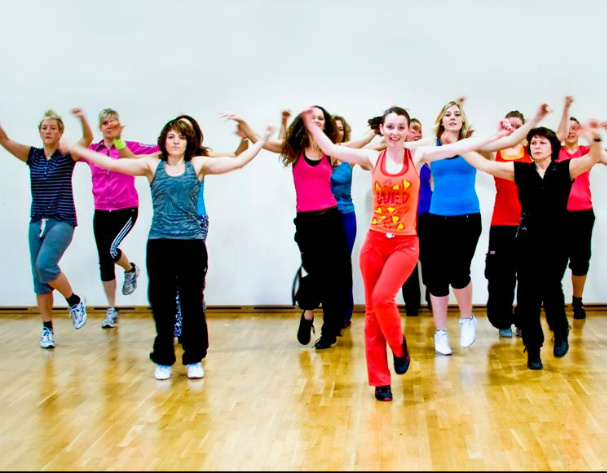 I’m a bit late to the Zumba party. I had never tried it until a few weeks ago when I was scanning the fitness class timetable and spotted it. I went along with my friend, and again this is so different to Spinning and Pilates which I’ve tried in my Battle of the Fitness Classes so far.

The best way to describe it is high cardio, fat-burning, dancing fun. The music is great, the energy is amazing and my instructor is like the Duracell bunny, she doesn’t stop. Ever.

You have to follow the dance moves, but don’t be put off because they are easy enough to follow. There are about 12 salsa/dance type songs (although a Jessie J number also came on during a recent class) with separate routines of 3-4 minutes. The intensity and impact of the routines stays pretty constant, and the sweat’o’meter is on par with that of Spinning. 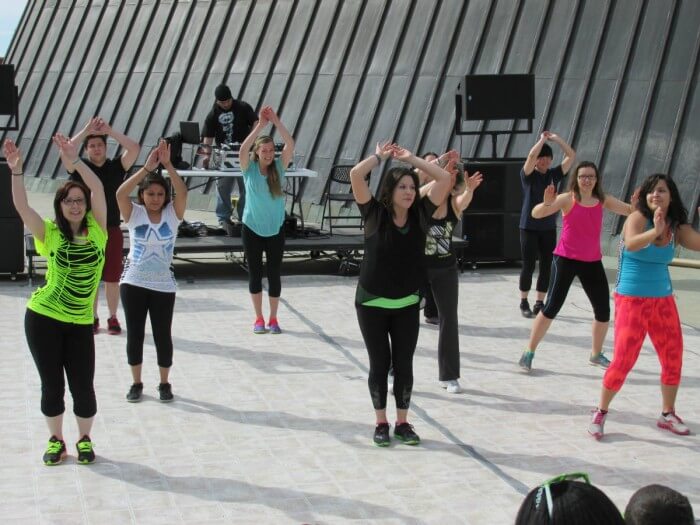 There is a big “wooo” and a clap after each routine and everyone in the 15-person class is smiling and laughing. There are a couple of bits where I feel a bit of a wally trying to be sexy when the instructor says to add some “sass” (I usually fiddle with my t-shirt and look around to see what other people are doing) but it is so much fun.

It’s not like spinning. where I was willing the class to end after 2 minutes; I actually want this to go on! So much of your attention is on remembering the routine and copying the instructor that you forget you are actually burning a whole lot of fat. According to my Fitbit, I burned nearly 650 calories and did more than 7,000 steps in 50 minutes! This is great for someone who loves a varied work out and a boogie at the same time.

Would I do it again?

Oh definitely. I have been every week and will make sure to keep it up. The most important thing is you are having fun while burning a lot of calories. 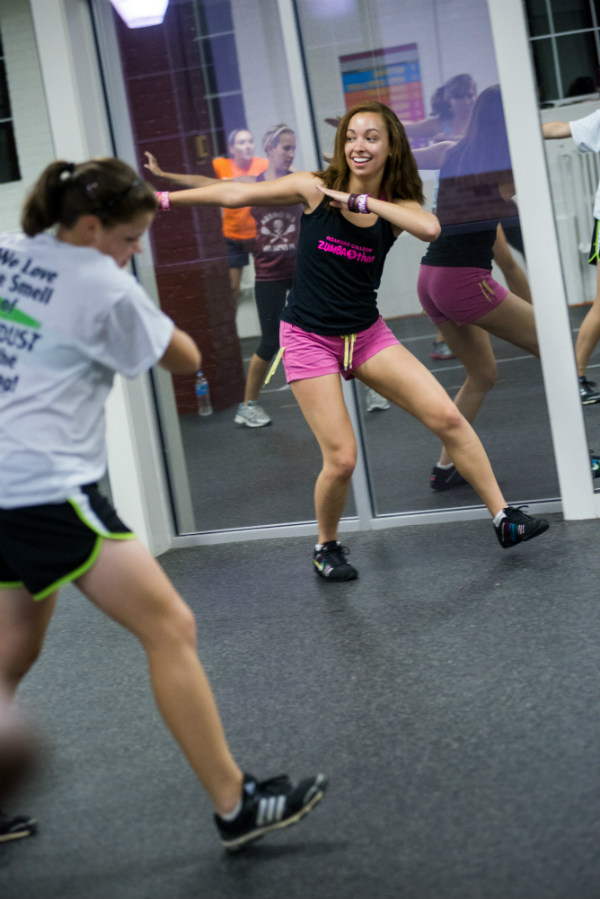 If you have tried it and don’t like it, try another teacher. Everyone has a different style and might suit a different class. If you haven’t tried it, google your closest class now!

Previously in the Battle of the Fitness Classes

What else has Holly tried in her Battle of the Fitness Classes? Read her Spinning review and Pilates class trial to find out!

Are you loving Pilates? Let us know – @tweetjanes.