Festival season is in full-swing and those of you lucky enough to have Latitude tickets are in for a treat this year! The line-up is absolutely incredible, but if you are struggling with who you should see at Henham Park, let us help you out! 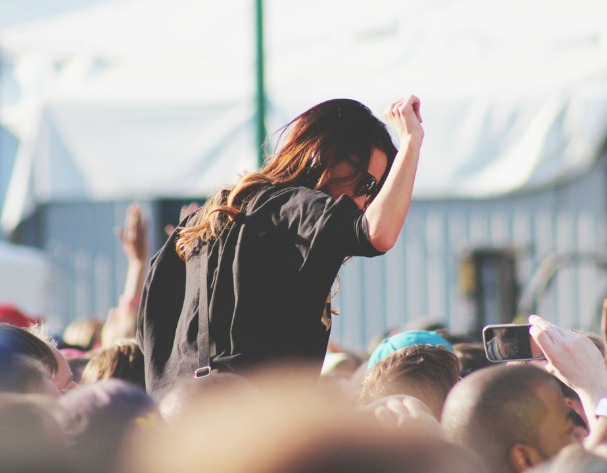 From big headliners, to lesser known bands, here’s 5 acts you should definitely check out and raise a warm pint to…

After a six-year hiatus, Fleet Foxes are back with their third album Crack-Up and they are sounding as good as ever. We are very jealous of you lucky Latitude ticket-holders because Fleet Foxes are one of the most impressive bands we’ve ever seen live. Expect to have goosebumps from start to finish.

We were lucky enough to see Glass Animals at Glastonbury this year and were absolutely blown away by them. They played a mixture of their big hits such as: Gooey, Hazey and Pools and loads of track from their latest album How to Be a Human Being. If you’re after a band to have a dance with a bunch of your friends to, this is the one for you.

Maggie Rogers catapulted to success in June 2016, after a video of her and Pharrell went viral. During a masterclass with the acclaimed singer, Rogers played her song “Alaska”, a tune she wrote in 15 minutes about a hiking trip. In February 2017, she released her EP ‘Now That the Light Is Fading’ and is spending her summer touring around the world, making a pitstop at Latitude festival on Saturday 15th July.

In 2017, Sigrid achieved international success with her hit single “Don’t Kill My Vibe.” At just 20 years of age, the Norwegian singer is one to watch out for in 2017. She played The Park Stage at Glastonbury festival this year and absolutely smashed it. The Guardian even suggested that she might be worthy of headlining the festival in years to come. Catch her on the Sunrise Arena stage on Friday 14th July.

This is not the first time we have confessed our love for Jack Garratt. He’s been around since 2015 and went on to be announced as winner of the BBC Music Sound of 2016 poll, an accolade to sit next to the BRIT’s Critics Choice for 2016 Award. Jack released his self-written, self-performed, self-recorded, and largely self-produced debut album tilted ‘Phase’ last February and saw it swoop to Number 3 on the UK Album Chart.

Are you going to Latitude this year? Who are you most looking forward to? Let us know! @tweetjanes