To celebrate the release of the incredible film Jackie, a biopic of Jacqueline Kennedy Onassis, we take a look at the best fashion moments of the former First Lady of the United States.

On May 19th 1994, Jacqueline Kennedy Onassis died of cancer at the age of 64. Today, not only is she remembered as a graceful figure who championed the arts and literature, but also as a bonafide fashion icon who inspired millions with her chic wardrobe and effortless style.

Her life following the tragic assassination of her husband, the 35th President of the United States, John F. Kennedy, has now been transformed to screen, and with Natalie Portman playing the First Lady, we see her flawless fashion choices come alive once more.

During her initial year as First Lady, it was reported that she spent $45,446 more on her wardrobe than the $100,000 annual salary her husband earned as president (which he donated to charity). Below, we breakdown the elements that defined Jackie’s signature style.

On the fateful day of JFK’s assassination, Jacqueline Kennedy was wearing a pink chanel suit. Made of wool bouclé, the double-breasted, strawberry pink and navy trim collared suit was accompanied by a trademark matching pink pillbox hat.

After President Kennedy was assassinated, she insisted on wearing the suit, stained with his blood, during the swearing-in of Lyndon B. Johnson and for the flight back to Washington, D.C. with the President’s body. 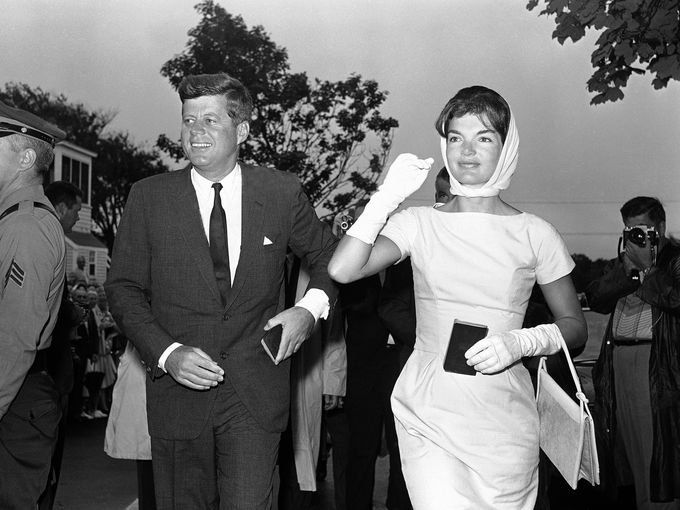 These days All Black Everything seems to be the trend if you are opting for just one colour, but Jackie understood the power of the simple monochromatic look. She might even have been the originator of the All White Everything look. 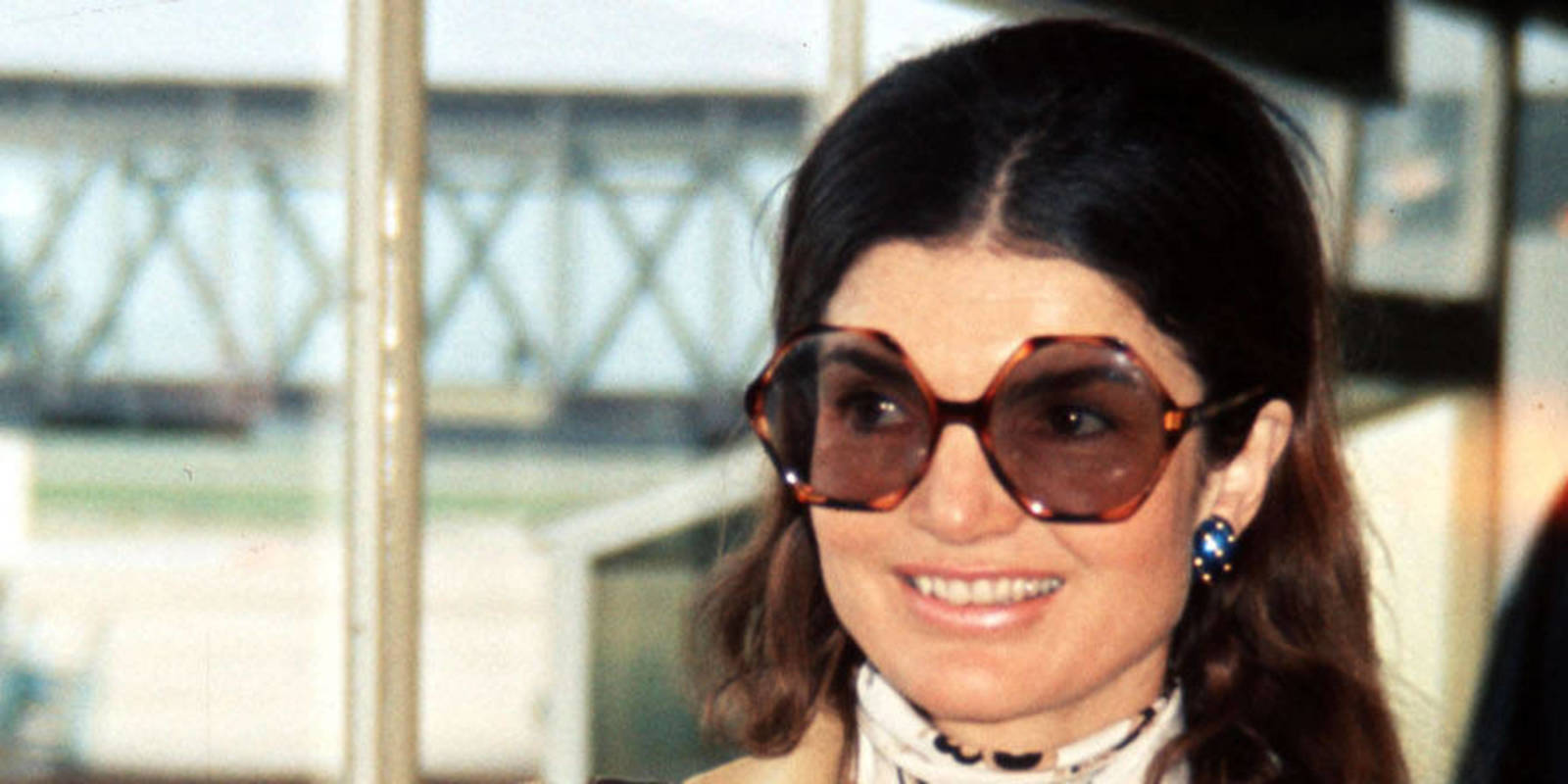 Jackie’s signature shades were both fashionable and functional. She has been quoted saying she liked the opportunity they gave her to watch people, and said she had many pairs in a box near her front door. How could you not love this woman!? These days huge sunglasses are all the rage and that is in part thanks to the trendy First Lady.

We’ve mentioned the pillbox hat before, as Jackie was wearing one on the day her husband was assassinated. But this wasn’t just a one-off, the former First Lady started the pillbox hat trend during her first year in the White House. Many of her stylish hats, which she often wore in different colours, were designed for her by Halston.

It may seem like a trend that no one can pull off without looking ridiculous, but Jackie proved naysayers wrong in the 60’s. No matter the event, day or night, Jackie loved wearing them as another of her signature accessories. She favoured white elbow length gloves at formal evening events, which were often commissioned by LaCrasia Gloves in New York City’s famed garment district. 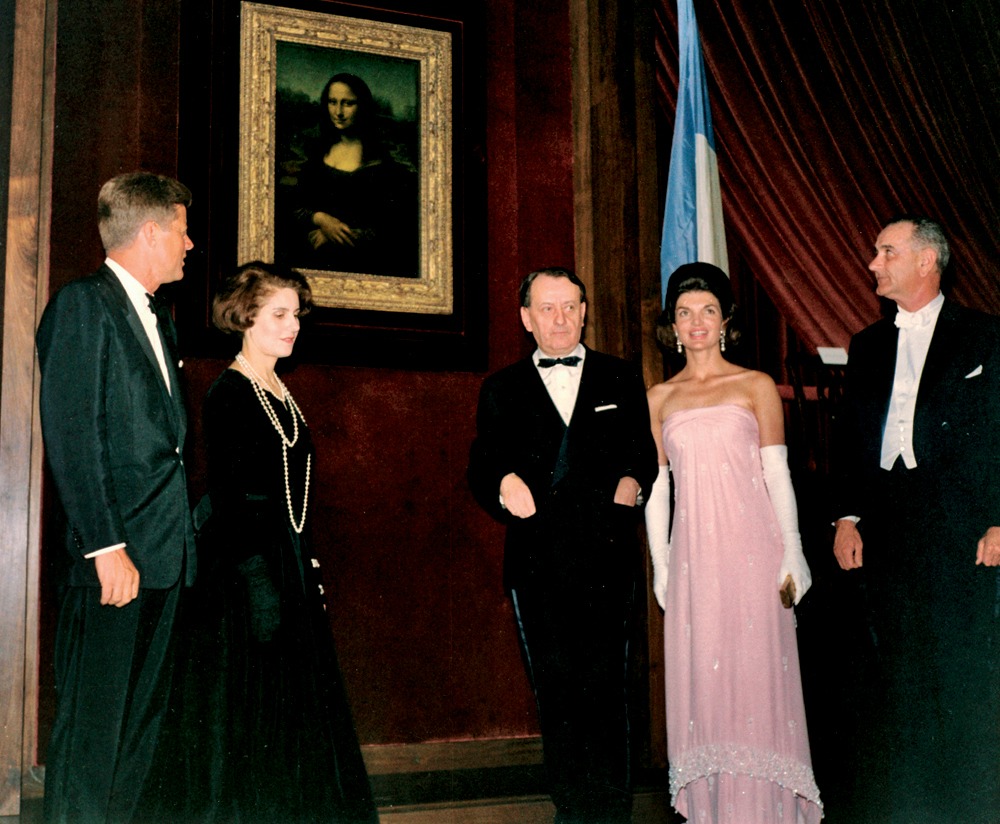 As First Lady, Jackie dared to be different in the 1960’s, wearing shoulder-baring gowns to official events that showed off her slim physique. The picture above shows her with President Kennedy, Mme Malraux, French Minister of Culture André Malraux and Vice President Johnson at the unveiling of the Mona Lisa, National Gallery of Art, Washington DC, 8 January 1963.