The fantastic Janes over at Hush have created a one-off campaign called ‘Lucky’ with the proceeds being donated straight to Breast Cancer Now.

To kick off the campaign, Hush have produced 1000 grey and white jumpers, with the special Lucky slogan printed across the middle. Their intention is to create a product which celebrates modern femininity and focusses on the special things about being a woman.

Hush hope the campaign will help people affected by breast cancer, whether it be those suffering from it first hand, or family and friends of those with the illness.

We expect there will be lots of celebrities donning the gorgeous jumpers, just as they have done with Topshop’s recent Lady Garden campaign, which is raising money for the Gynaecological Cancer Fund. So far, Ellie Goulding, Elizabeth Hurley, Cara Delevingne, among many others have pledged their support for the campaign, and we are sure they will do the same for Hush!

The ‘Lucky’ jumpers will retail at £45 and will be available to buy online at www.hush-uk.com from 29 September. We reckon they will sell out very quickly so be sure to snap yours up quick! 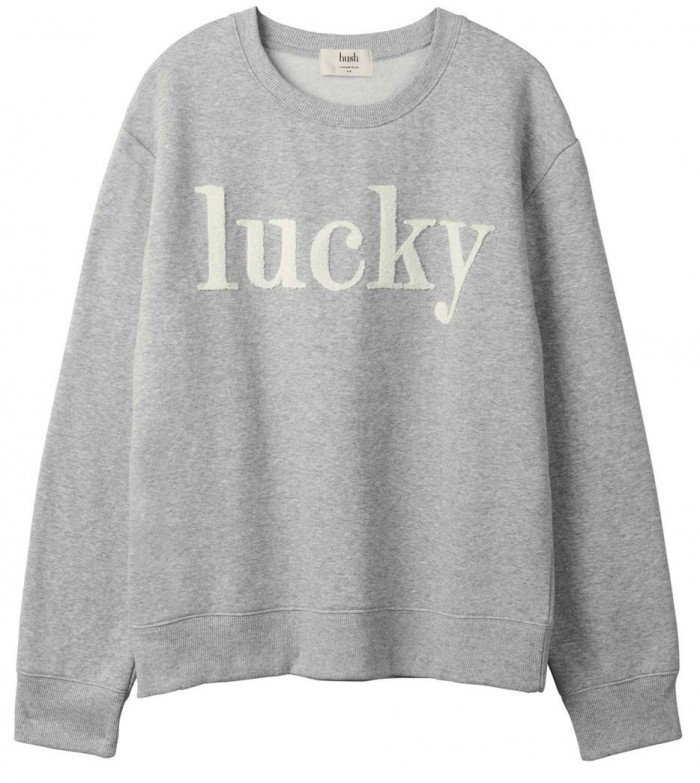 If you are also interested in buying the Lady Garden jumper, head over to the Topshop website.

What do you think of the new Hush campaign? Let us know your thoughts by commenting below, or dropping us a tweet! @tweetjanes