The True Story behind ‘Joy’

With the 88th Academy Awards just around the corner, we take a look at the true story behind ‘Joy’, the biographical comedy-drama film that could win Jennifer Lawrence her second Best Actress Oscar. 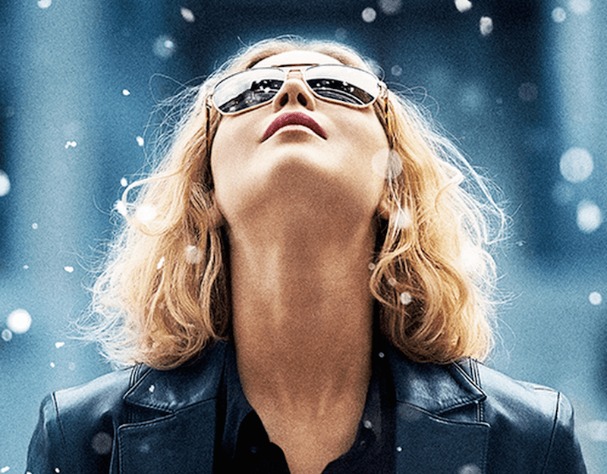 This year the competition is tough, Lawrence is up against Cate Blanchett’s Carol, Saoirse Ronan’s Éilis, Charlotte Rampling’s Kate and Brie Larson’s Ma, but what does she have that none of the others have? Joy Mangano; a single mother, millionaire entrepreneur, and “queen of Home Network Shopping.”

So how does David O Russell’s adaptation of Mangano’s incredibly interesting life differ to how things really went down? For those of you who have yet to see the film, you may want to look away now as we’ll be giving away big plot spoilers!

How much of Joy is based on a true story?

In several interviews, David O Russell was very clear about what direction the film would take. During initial phone conversations with the real Joy Mangano, he was up front and told her that the film was “not going to be a biopic.” Instead, he explained to her that it was going to be “half-fiction.” After this point, Mangano gave her approval and is credited as an executive producer on the film.

Jennifer Lawrence, who portrays Mangano, told The Late Show host Stephen Colbert that she didn’t want the “burden” of having to portray a real person. However, she stated that “the craziest stuff in the story is true.” 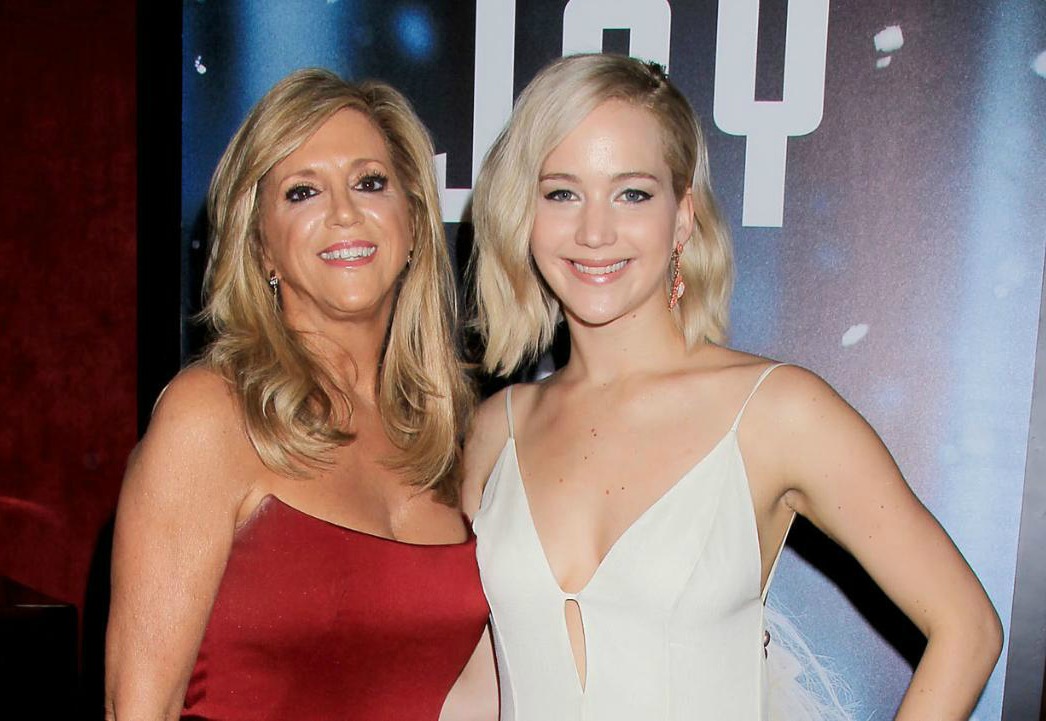 What invention did the real Joy Mangano make?

Although it is never mentioned in the film in it’s entirety, apart from quickly shown on a TV screen graphic during the mop’s initial unsuccessful QVC appearance), the real Joy Mangano invented the self-wringing Miracle Mop.

In real life, Joy has over 100 patents and trademarks for her inventions, which also include the velvet-covered Huggable Hangers (designed to prevent clothes from slipping onto the floor) and My Little Steamer (a handheld device for smoothing out wrinkles).

Was the Miracle Mop really a flop when it was first pitched on QVC?

Yes. But similar to the film, Joy appearing on the network to pitch it herself is what saved the day. 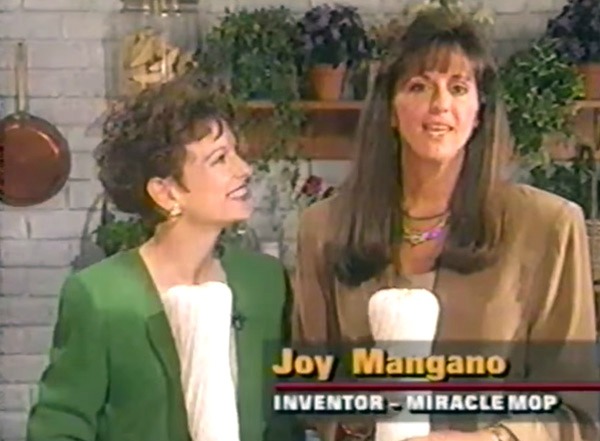 Did Joy’s best friend call in during her first live appearance?

We are so happy to say this is true as it’s one of the best bits of the film. In the Joy movie, her best friend is Jackie calls in to QVC during Mangano’s first live appearance and helps her to promote the product. The only slight difference is that in real life her best friends name is Ronnie.

Did she really sell more than 18,000 mops during her initial appearance on QVC?

Yes. As shown in the film, Mangano did sell over 18,000 mops during her first hour-long appearance on QVC, proving that she could connect with an audience.

Is Joy’s half-sister Peggy based on a real person?

No. Thank god. The abominable witch is entirely fictional and created by writer/director David O. Russell. 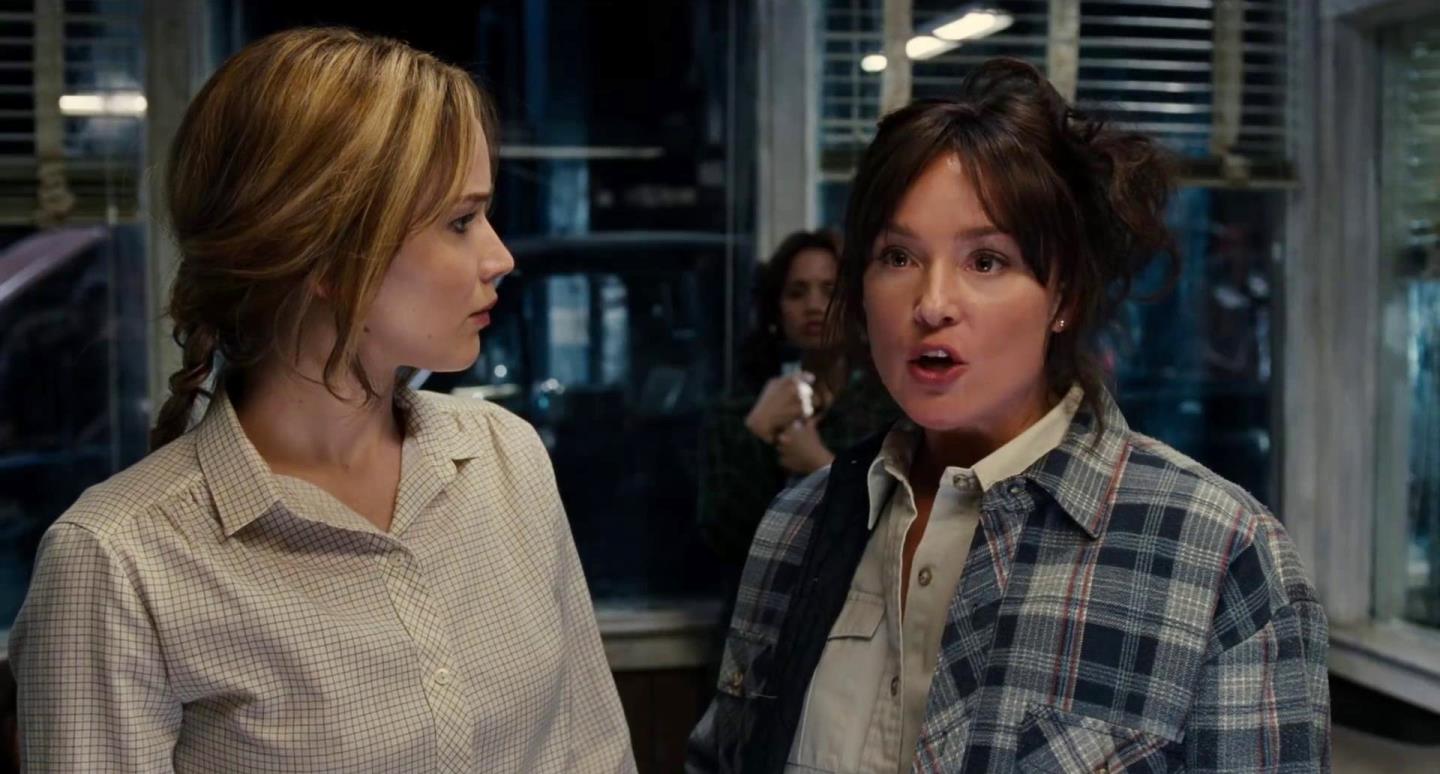