We’ve been waiting thirteen years for a follow-up to the highest-grossing romantic comedy of all time, and now we finally have a trailer! Watch the first snippet of My Big Fat Greek Wedding 2 below and get excited with us! 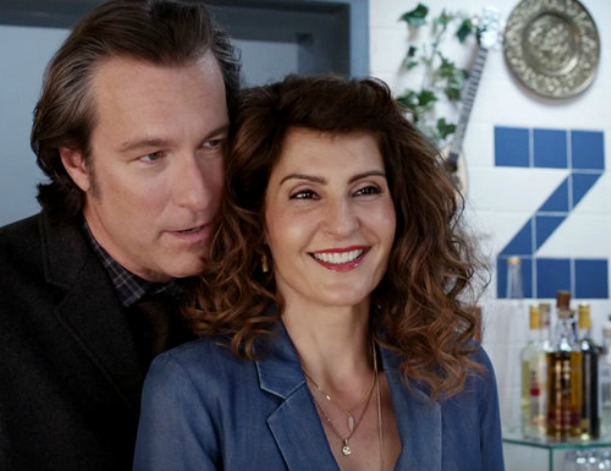 Nina Vardalos penned the script and will return as the much-loved character Toula Portokalos-Miller. This time around we move on from her marriage to Ian (John Corbett) and see the couple attempt to embrace their daughter Paris (Elena Kampouris) into Greek culture.

Paris finds Toula’s close-knit family too overbearing and hilarity ensues as they try to intervene in every single part of her life. “Keep your eyeballs open for a nice Greek so one day you can make babies,” her grandfather Gus Portokalos (Michael Constantine) tells Paris.

It also turns out that Toula’s parents were never legally married, so this leads to another massive Greek wedding- we cannot wait!

Kirk Jones (Nanny McPhee, What to Expect When You’re Expecting) is in the director’s chair and the film was produced by Rita Wilson and Playtone partners Tom Hanks and Gary Goetzman.

Back in a 2012 interview with Huffington Post, Nia Vardalos was asked about the possibility of a sequel and said: “Well, actually, yes. And it’s only now that I’ve really become open to the idea. Over the years, I’ve heard from everybody about what the sequel should be. People next to me at Starbucks would say, ‘Hey, let me tell you my idea,’ and I’d be like, ‘Hey, I’m just trying to get a cup of coffee.’

I never thought much about it. But then when John (Corbett) and I recently sat down to do that interview (for the 10th anniversary edition), we laughed so hard through the whole thing. It made me think that it’s time.”

With many years in the making and the return of all of the original cast including Toula’s mother, Maria Portokalos played by Lainie Kazan and her Aunt Voula played by Andrea Martin, we can guarantee the sequel will be just as funny as the original.

Watch the trailer below:

The film will hit cinemas March 25th 2016, 14 years after the original debuted.

Are you excited to see My Big Fat Greek Wedding 2? Let us know! @tweetjanes