We know, we know, don’t mention Christmas in October, but in our defence, you’re going to love the reason why! Netflix have recently released the trailer for an amazing holiday special: A Very Murray Christmas, featuring Bill Murray and a whole host of celebrity guests! 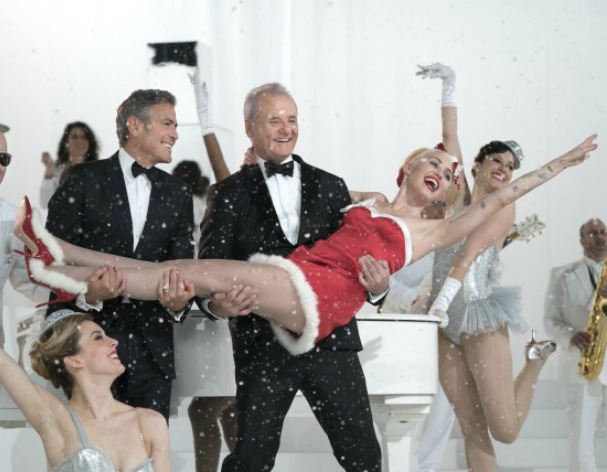 On Friday December 4, Netflix will debut A Very Murray Christmas to all those lucky enough to have an account. A brand-new trailer for the holiday special has just been released alongside new pictures of it featuring George Clooney, Chris Rock, Amy Poehler, Miley Cyrus and many more.

Written by talented trio: Sofia Coppola, (Lost in Translation) Bill Murray, (Ghostbusters, Groundhog Day) and Mitch Glazer, (Scrooged) A Very Murray Christmas sees Bill Murray in the lead role, playing himself as the host of a classic variety show. Due to a terrible storm in New York City, the guests Murray had arranged to be on the show fail to arrive so he fears he will have to present solo.

Thankfully though, as the show goes on, more and more guests find their way through the storm and join him dancing, singing and spreading the holiday cheer.

The short 30 second trailer doesn’t give too much away other than the ridiculous amount of celebrities featured in the special, but we can see short snippets of Miley sat on a grand piano, Maya Rudolf singing her heart out and Bill Murray’s face on a bauble, so what more could you want?!

Check out the A Very Murray Christmas trailer below:

For Janes who are big Bill Murray fans, don’t forget to check out the trailer for his latest film Rock The Kasbah, where he plays a has-been rock manager who takes his last remaining client (Zooey Deschanel) on a USO tour of Afghanistan. Hopefully it will be coming to UK screens early next year!

Are you as excited as we are to watch A Very Murray Christmas? Let us know! @tweetjanes