It’s been a while since a film trailer has had us laughing out loud, so we were overjoyed when the first trailer for hitman comedy, Mr. Right, did just that. 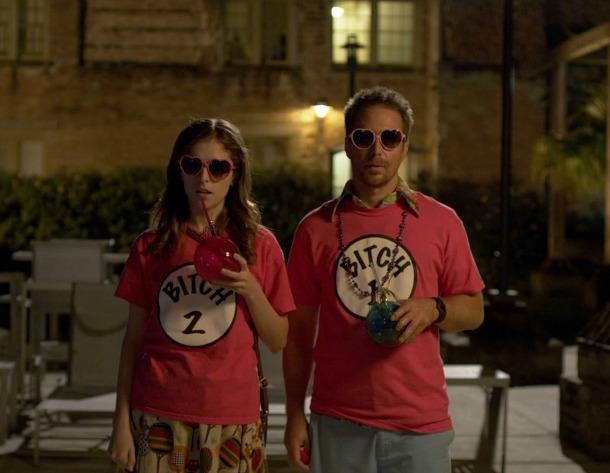 Hyperactive at the best of times, Martha (Anna Kendrick) has gone full-on crazy since her latest breakup. She babbles, parties every night, cooks everything in sight – and is looking to do something terrible when she randomly meets Francis (Sam Rockwell).

To anyone else, Francis’s approach would come across as creepy- he tells Martha that the reason why he took so long in the bathroom was because he was killing a man, but Martha can’t help but be intrigued. They seem a perfect match, apart from one tiny issue: he’s a professional assassin.

Francis is a hitman with a sort-of moral compass: he unexpectedly kills the people ordering the hits. Just as Martha begins to realise her new boyfriend wasn’t joking when he said he had to step out for a moment to shoot someone, things start to get a little heated for Francis. His services are needed by a suspicious client who’s being sought by an equally suspicious FBI agent (Tim Roth). As time goes by and the bodies pile up, Martha has to decide whether to flee or join in the mayhem.

If you can get past the 17-year age gap between the lead actors, which seems to be all critics can talk about, we think Mr. Right will be a fun and humorous watch. If nothing else it has Anna Kendrick in it and that’s more than enough for us!

Watch the trailer for Mr. Right below:

Written by Max Landis (Chronicle) and directed by Paco Cabezas (Penny Dreadful), the film will be released in UK cinemas April 8. 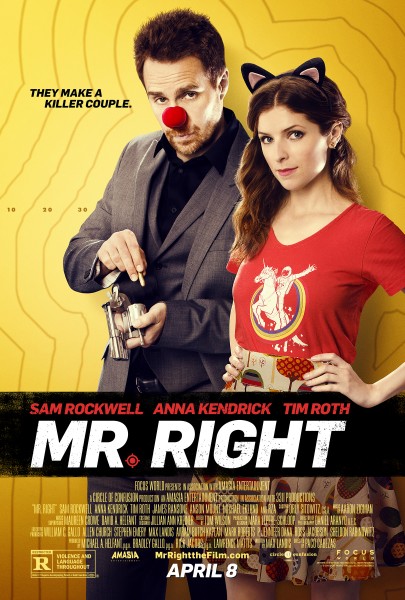 What do you think of the Mr. Right trailer? Let us know! @tweetjanes