The first full-length trailer for Jennifer Lawrence’s new film, Joy, has been released online and it looks fantastic! 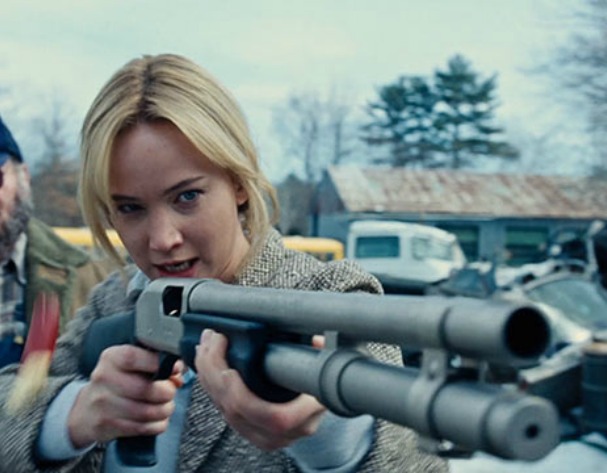 The first teaser trailer didn’t give too much away story wise, but from what we can tell from the full-length, the film tracks Joy’s life from childhood to fame and fortune.

She has to overcome many obstacles, including love and loss and her crazily dysfunctional family (including her father Rudy Mangano played by Robert DeNiro) to become the founder of her family empire.

The film is being marketed as a comedy, but we imagine it will be a pretty intense watch and it might be also worth bringing a box of tissues with you to the cinema.

Joy will see Lawrence reunited with Bradley Cooper to mark their fourth collaboration together and David O Russell, who directed them both in American Hustle and Silver Linings Playbook, is back at the helm much to the delight of Jennifer Lawrence.

In an interview with Entertainment Weekly, she said: “It’s fascinating and terrifying working for him because he’s a mad scientist genius… I always see the wide eyes of people who’ve never worked with him before. I tell them, ‘You have to let go of all your s–t. You are the paint. He’s the paintbrush and the canvas.”

We have our fingers crossed that Joy could mark Jen’s second leading actress Oscar win and from what we can see in the trailer, she is definitely a worthy frontrunner.

Watch the Joy trailer below:

Are you excited to see Jennifer Lawrence and Bradley Cooper back together on the big screen? Let us know! @tweetjanes