The first trailer has appeared online for Hot Pursuit, in which Reese Witherspoon’s plays a straight-edged police woman who is entrusted with escorting a mob member’s wife, played by Sofia Vergara, to the trial of an infamous cartel leader. 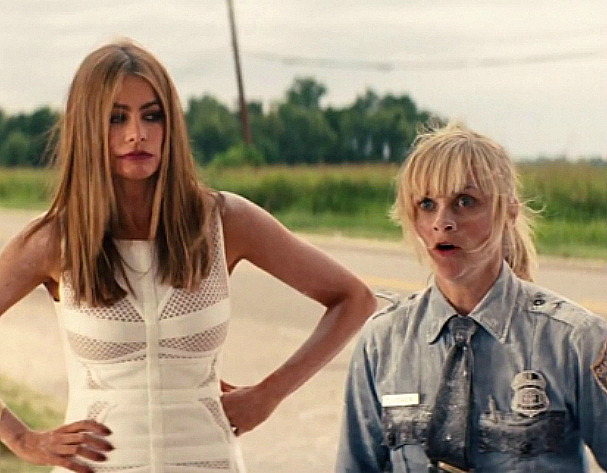 Vergara is set to be the key witness for the prosecution, so rather understandably, the cartel don’t want her to make it to the trial with all limbs attached.

And so begins a cross-country, odd couple movie, as Witherspoon and Vergara try to dodge the cartel without tearing out each-other’s hair in the process. This first trailer looks a little hit and miss and a bit too slapstick for our liking but we’ll reserve proper judgement until we’ve seen a little more. We’re big fans of Reese Witherspoon so we’re hopeful she can elevate this into a good Friday night film at the very least. Directed by Anne Fletcher, who directed The Proposal, Hot Pursuit will open in the UK on the 8th May 2015.