The Graham Norton Show is back!

Cue screams of happiness! The Graham Norton show is set to be back on our screens this Friday, with special guests including Matt Damon and Jessica Chastain! 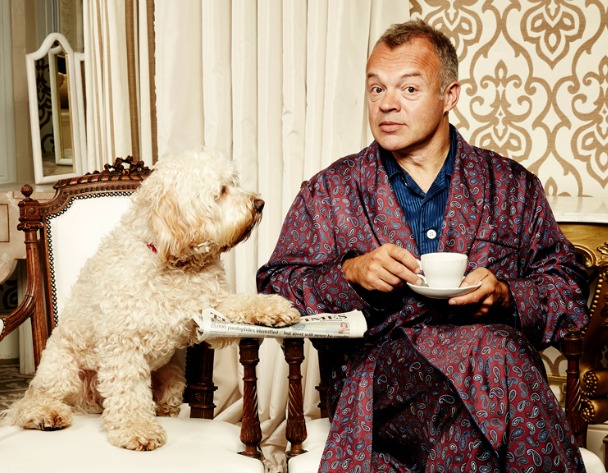 Our favourite Friday night TV show is back tomorrow evening and the all-star guest list makes us extremely happy! Graham will be joined on the sofa by Matt Damon and Jessica Chastain, who will be discussing their roles in the soon-to-be released sci-fi film, The Martian.

The film follows astronaut Mark Watney (Matt Damon) who during a planned mission to Mars encounters a fierce storm and is left behind by his team. Somehow Watney survives and finds himself stranded on the hostile planet, but will Matt Damon be able to find his way home? Head over to our brother site, Average Joes, to watch the trailer.

Also joining Graham on the sofa will be actress Marion Cotillard who will be discussing her role alongside the gorgeous Michael Fassbender in Macbeth. The film adaptation of William Shakespeare’s play has already received rave reviews at the Cannes Film Festival earlier this year. Fassbender was highly praised for his performance of the titular Scottish Lord and Cotillard was praised for her portrayal of Lady Macbeth.

We cannot wait to see what they say about the making of the film, watch the trailer for it here:

Finishing up the line-up will be comedian Bill Bailey who will be promoting his 2015-2016 Limboland tour, tickets are still available for it here. Finally, The Weeknd will be providing the evening’s music entertainment by singing their extremely catchy hit Can’t Feel My Face.

Watch the trailer for Series 18 here:

The Graham Norton Show airs on BBC One at 10.35pm on Friday 25 September.

Are you excited for the return of The Graham Norton Show? Tweet us who you would like to see on the sofa! @tweetjanes