Eating meat (or animals) is something that most of us mainstream kids are not brought up to question. It’s a simple fact that chicken nuggets, Mum’s spaghetti and a burger at your mate’s barbecue are all deliciously normal parts of life.

Some people even believe that eating meat is a sign of virility and stamina, just like 15% ABV red wine, guns and motorbikes. But after hearing from a panel of confident, professional male and female body builders – who also happen to be vegan activists – us the sceptics are clearly missing something.

Veganism, much like vegetarianism, is rapidly on the rise, with vegan food sales alone up a staggering 1500%! A Veggie Pret store recently opened in Soho and vegan cheese is available at Zizzi’s, so this revolution must be real. As we grow increasingly aware of our carbon footprint, animal rights and our general wellbeing, it is clear that eating meat is no longer necessary – but a personal choice.

I attended VegFestUK in London to find out exactly what it means to ‘go vegan’ – whether it’s a trend or a lasting lifestyle – and why this particular event is the biggest vegan-friendly festival in Europe. Now in its 14th year, VegFestUK invites anyone, (even curious carnivores!) to learn, meet, eat and mingle with international vegetable enthusiasts, featuring everything from blender-bike smoothies to South Indian Street Food, and organic, vegan gin to Millionaire’s puddings. Let’s just say I learnt (ate) a lot… 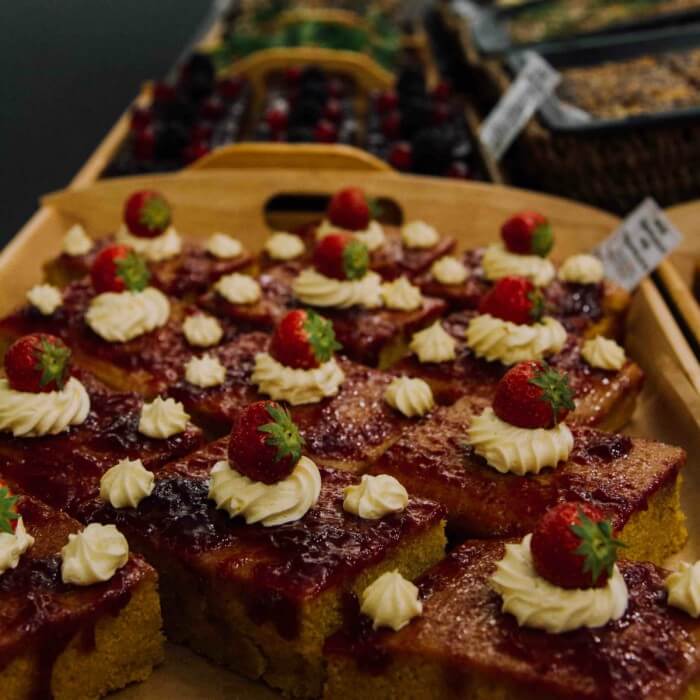 DISCOVERY #1 – Veganism is a lifestyle, not a diet

It’s easy to disconnect from the food on your plate, not worry about where it came from or how it was processed. But as a vegan, you are encouraged to think about this every day, which makes you feel healthy and in control on the inside and out.

According to Karin Ridgers, the MC for VegfestUK and Director of VeggieVision TV, who is 20 years a vegan: “It’s the best lifestyle choice. You meet amazing, likeminded people, feel connected with your life, feel more aware of what you are eating and the choices you make with clothing too”.

Since the first VegfestUK in 2003, Karin has worked alongside Tim Barford, its Founder and Organiser. Tim shared that he believes veganism is more than just a lifestyle choice, but a discipline and philosophy too.

As I wandered around the 250+ stalls, I admit I could feel the sense of community Karin is talking about. Sure, a few t-shirt slogans had gone a little far with the guilt-tripping, but everyone was there to have a good time. I was genuinely amazed at the amount of young people attending – all clearly passionate about cutting meat from the menu and happy to queue 45 minutes for a tofu sushi roll.

I slipped into the Athlete’s Summit to catch the live Q&A on Vegan Muscle Building. I was in the company of my brother, a vegetarian, Olympic lifting, gymnast and Youtuber, so this may have had some influence on this choice. As a non-athlete myself, I was fascinated to hear panellists talk about how their training revolved around eating shedloads of brown rice, oats, quinoa, chickpeas, black beans and sweet potato to stay shredded. One member of the panel explained how they were raised vegan, so didn’t even know the taste or texture of meat. My main gain from this talk was permission to eat more avocadoes and peanut butter.

Speaking to Karin, I asked what impact going vegan has on the average person’s body, “A plant based diet can help your body go back to what it should be naturally. Cutting out fatty animal products is great for a gentle, longer-lasting weight loss. However, now there is a vegan version of everything and eating lots of vegan cupcakes, chocolates, ice cream and pizza still means you are eating fat! Many people have told me they have more excitement for food now that they are vegan”. The VegFestUK hosts recommend their favourite go-to meals for beginner vegans: a chickpea and coconut curry, green lentil dahl or classic mushroom and ale pie with puff pastry and roasted veg. 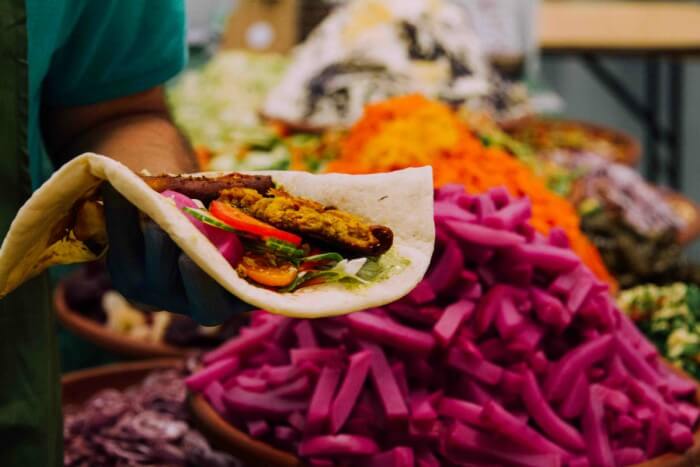 DISCOVERY #3 – Going vegan is hard, but finding support is easy

If you’re thinking of going vege/vegan, your first step is to simply write down your reason for doing so. Karin suggests doing this on a Post-It and stick it on your noticeboard, fridge or purse, “It’s really important to know your reason why as in the early days you will have temptation to eat non-vegan foods”. VegFest Organiser Tim suggests taking your transition in stages, “Start with a vegan breakfast, then aim for a vegan lunch and then go for a vegan dinner. If you don’t manage all three in one day, just have a go the next day”. This relaxed approach will make all the difference in permanently removing meat from your plate, rather than yo-yoing. Tony Bishop-Weston, author and vegan food guru, recommends that those who need support should attend local events with likeminded people and connect with the Vegan Society. If you’re serious, get involved with Viva!, a charity campaigning since 1994 to raise awareness of veganism through its research, festivals and roadshows.

DISCOVERY #4 – Christmas can still be magical minus the meat!

Karin tells me the recipe for her favourite speciality ‘green smoothie’: filtered water, organic banana, spinach, hemp seeds and green powder, “I drink around a pint for breakfast and I LOVE it!” she says. But what about the festive season, I ask? How can we avoid being the awkward vegan at the table? Her preference is a homemade mince pie with a spoonful of dairy-free vegan cream cheese tucked under the lid. Vegan Chef Tony suggest a “layered” nut roast with kale, red peppers or cranberries to get those traditional Christmas colours in your centre piece. Then there’s egg-free Yorkshire puddings, roasted vegetable towers and even vegan turkey. Personally, I have never had a Christmas without meat, so to me this would mean breaking tradition as much as it would mean changing my lifestyle. And I’m up for the challenge.

Smashing the vegan stereotype is something that starts at home. You know your own reason (remember, you wrote it on a sticky note!) and it’s up to you to take responsibility for what goes in your body, and how it arrived on your plate. My most profound learning from VegFestUK is that we don’t actually NEED to eat meat – we choose to. 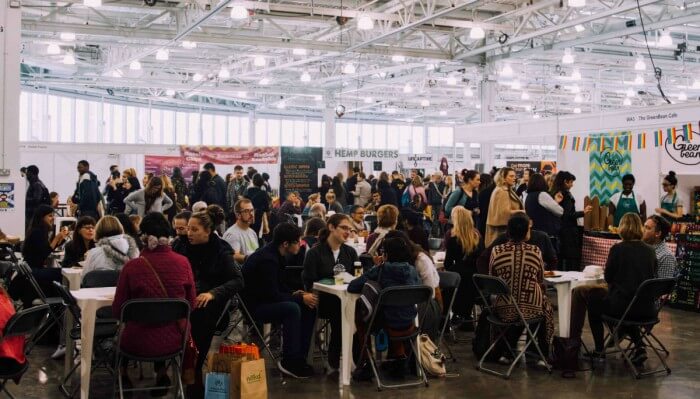 A great place to start your vegan lifestyle – or find out more about eating vegan if you’ve already made the change – is at a VegFestUK event. The next one is in Scotland on 3-4 December 2016.

Feeling inspired to give vegan a go? Let us know – @tweetjanes!