It’s International Women’s Day this Thursday and naturally brands want to show their support… or cash in on the opportunity, depending on whichever way you look at! One such brand is craft beer specialists, BrewDog, who are taking aim at the gender pay gap by making their flagship beer, Punk IPA… pink.

Yes, ‘satirically’ dubbed ‘Beer for Girls’, Pink IPA is BrewDog’s attempt at calling for the closure of the gender pay gap in the UK where men earn on average 20% more than women. As BrewDog quite eloquently put it; “that’s not ok.” But is BrewDog’s advertising campaign?

According to the Scottish brewers, “lazily targeting the female market with sub-par products designed by expensive research are inherently patronising.” But after stating they’re looking “to expose sexist marketing to women, particularly within the beer industry”, BrewDog then reveal the label for their rebranded IPA is Pink.

The Pink IPA itself is actually exactly the same as the normal Punk IPA – “just like the female workforce” – but the problem seems to be that ironic sexist branding still looks like normal sexist branding to us. Why ‘Beer for Girls’? Why not literally anything other than Pink? Or was the close resemblance to ‘Punk’ just too much to resist? Saying something is satirical is not the same as something being satire. 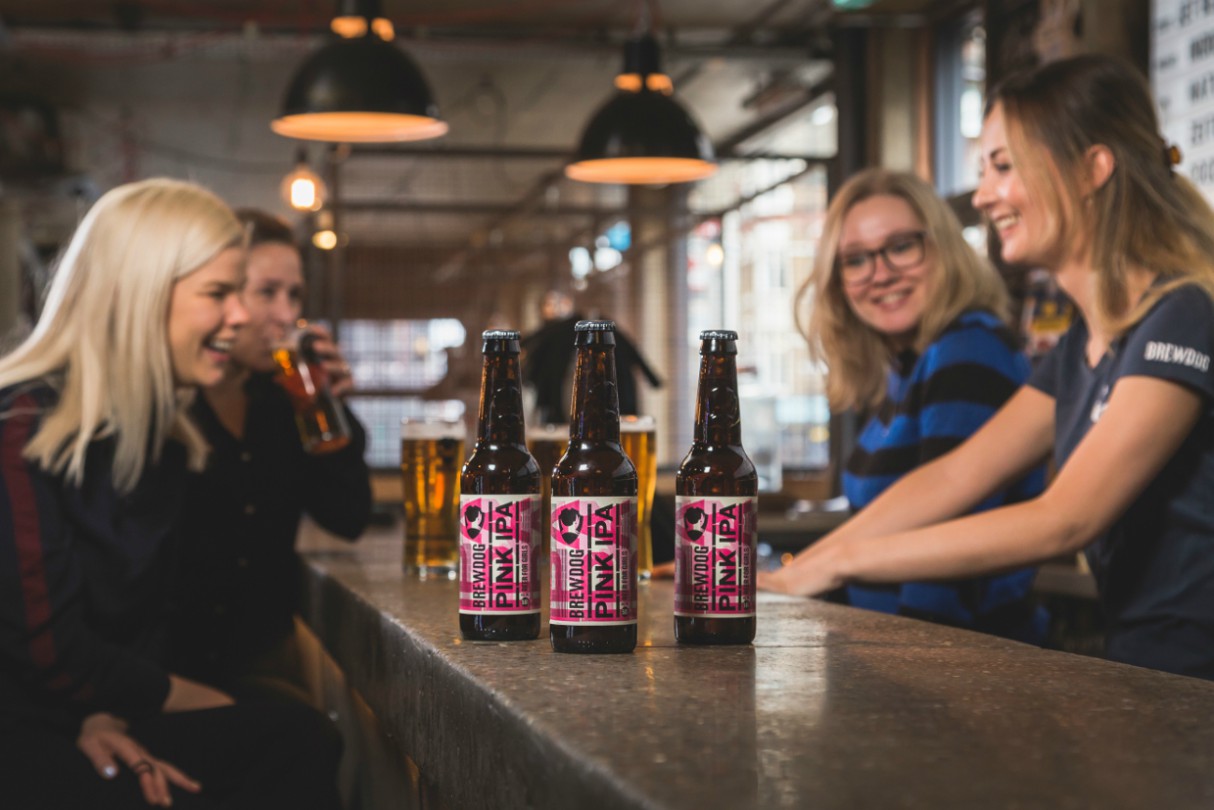 To us it looks like a usual case of boardroom marketers attempting to tap into a political movement without remotely understanding it – remember the Kendall Jenner Pepsi protest advert? The gender pay gap is a very real and very important issue to a lot of people. Highlighting the issue with a backdrop that people think ‘girls don’t really drink beer’ is just enforcing the stereotype as far as we can tell. From personal experience, we’ve never felt uncomfortable drinking beer. Really, ever!

You may think we’re being overly cynical, and there’s a chance that BrewDog may genuinely care about the issue (as well as their profits). In fairness, for four weeks, they are donating 20% of proceeds from Pink IPA and Punk IPA to charities that support women and fight inequality, such as The Women’s Engineering Society and 9to5.

From Thursday, BrewDog bars will also give you 20% off in bar if you identify as a female, while males will have to pay full price. We just don’t know how we’re going to drink a bottle of Pink IPA without a man around to open it for us. *sad face* 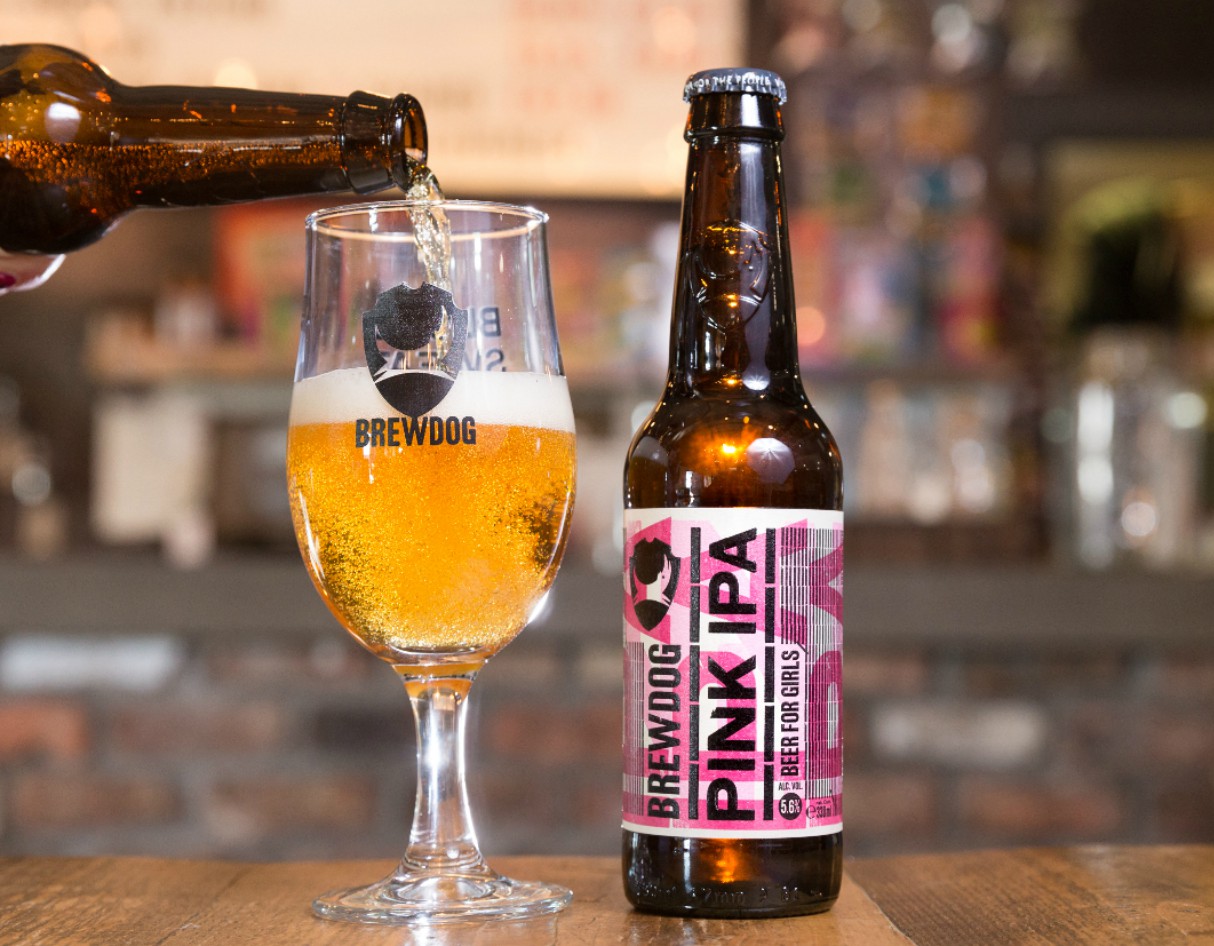 What do you think? Are we being overly sensitive? Join the debate over on Twitter!