Cue the screams of happiness! Angelina Jolie and Brad Pitt are set to reunite in By the Sea, the first time they have been on screen together since 2004’s Mr and Mrs Smith. 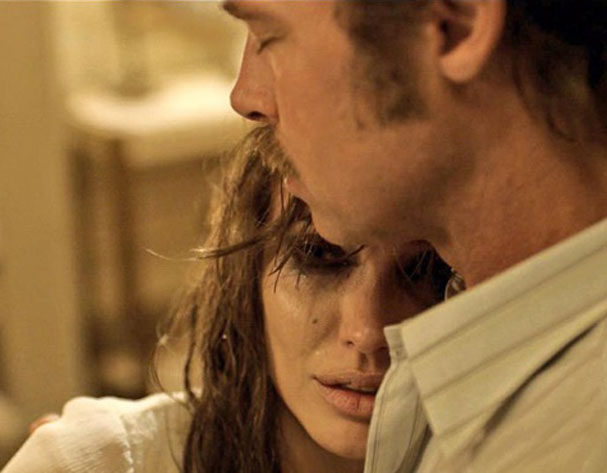 UPDATE: Check out the first official trailer below.

By the Sea will mark Jolie’s third directorial project, after 2011’s In the Land of Blood and Honey and last years Unbroken.

Jolie is hoping it will perform better during awards season in comparison to the Louis Zamperini biopic Unbroken, which unfortunately was labeled a disappointment from critics and missed out on any awards.

The good news is that it seems Universal have faith in Jolie’s vision, as they have handed the film a prime November release date. This in turn will give her the best chance of gaining a Best Director Oscar nomination at the 2016 awards.

The film, set in France in the 1970’s, follows American writer (Brad Pitt) and his wife (Angelina Jolie) as they arrive in a quiet seaside town with their relationship in crisis. During their time spent in France, they connect with tourists and locals and through this, begin to resolve their issues.

“This is a story about a relationship derailed by loss, the tenacity of love, and the path to recovery and acceptance,” said Jolie. “It has been a privilege to explore these universal human experiences with such a generous and talented cast and crew.”

Judging by the plot of the film, it sounds like it could be an emotional rollercoaster, more like Revolutionary Road, than Mr and Mrs Smith. But we are sure their combined talent and intensity will make for an Oscar-worthy film. Plus, if nothing else, it will be great to see the couple back together on the big screen.

Keep your eyes peeled on Jolie, as following By the Sea, she has been rumoured to direct Captain Marvel, a female-fronted superhero film that will exist within the Marvel Cinematic Universe. You go girl!

By the Sea will be released in the US on November 19.

What do you think about Brad and Angelina back on the screen together? Let us know! @tweetjanes