Drop those jaws ladies as we are nearing Mr Tom Hardy’s 36th birthday on September 15th and are celebrating by bringing you this ravenous review. Weak excuse, we know.

Tom has graced our TV and cinema screens with countless credits over the last decade starring in 6 TV series as well as blockbusters like Layer Cake, Bronson, Inception, This means War, Lawless and of course Batman; The Dark Knight Rises.

The London born babe is one of our favourite British boys and he just keeps getting better and better. With 6 films currently in production he is one busy boy.   Tom is due to take on the legendry Mel Gibson character Mad Max, currently in post-production and also starring Charlize Theron, Nicholas Hoult and Rosie Huntingly-Whiteley (an attractive set of credits we can’t wait to see!) so it won’t be long before he wows us again with what we are sure will be another outrageously extraordinary performance.

Mr Hardy is currently filming Child 44 where he plays Leo Demidov, a disgraced MGB agent in Stalin-era Soviet Union investigating a series of child murders. Sounds horrific but we have a feeling Tom will make us all feel a lot better about the whole saga!

The incredibly talented actor has played a multitude of characters over the years – our personal favourite being Tuck in This Means War with Reese Witherspoon – we would have chosen you Tom!

So here we give you the super talented and super scrumptious, Tom Hardy, just a few pics to keep you going until Mad Max hits our screens in 2014. 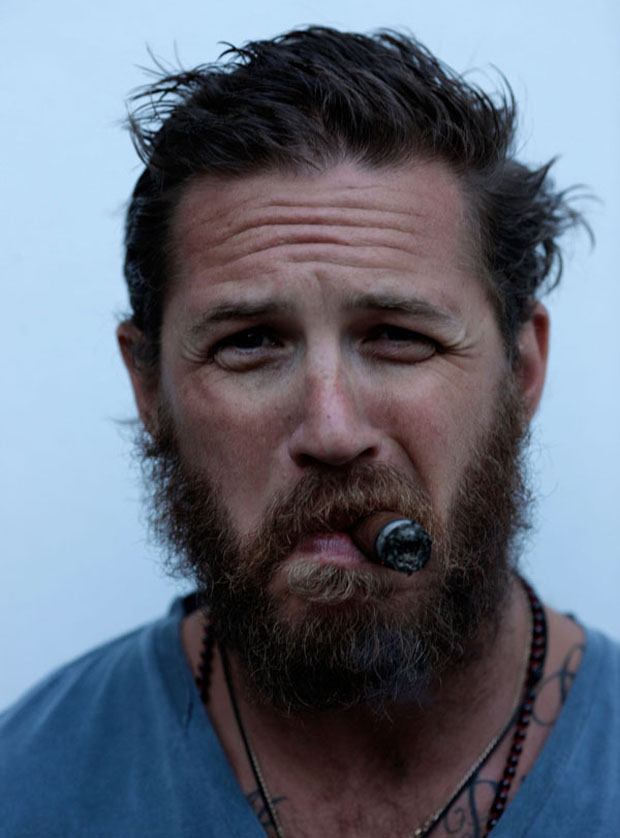