Aaron Taylor-Johnson. The schoolboy, the Beatle, the superhero, the Count and the drug dealer. He has graced our screen in many a varied and lust-worthy role and steals us with each and every brooding stare.

As he graces the cover of this months GQ magazine and returned to our screens as the loveable vigilante Kick Ass, we take a look at how Aaron Taylor Johnson has gradually risen to A-List-dom in what seems like a blink.

At 23 years old the British actor already has an impressive line up of films behind him. His first feature film at 10 and his big break in 2008, playing heartthrob Robbie in teen romcom Angus, Thongs and Perfect Snogging, leading to a change in genre to avoid a stereotype and ending up playing a young John Lennon in Nowhere Boy. It was on the set of the latter where he met his now wife and mother of his two young children, the director, Sam Taylor-Wood. A woman exactly twice his age and whom he calls his soulmate.

In 2012 he gave an impressive performance as Count Vronsky in Anna Karenina and later that year as a hippy drug dealer in Oliver Stone’s Savages. And obviously his latest instalment as the rather ripped Kick Ass was joyful to say the least.

Currently splitting his time between Vancouver, where he is filming a remake of Godzilla and LA, where his wife is directing the adaptation of Fifty Shades of Grey, he has confessed to being a family man at heart and describes having children as “the most wonderful thing”.

So at 23 he’s managed to achieved more than a lot do in a lifetime and yet we feel his mature soul has so much more to come. With talks concerning Josh Whedon’s Avengers Assemble sequel here’s hoping it’s not too long before he graces our screens again.

In the meantime, these are for you… 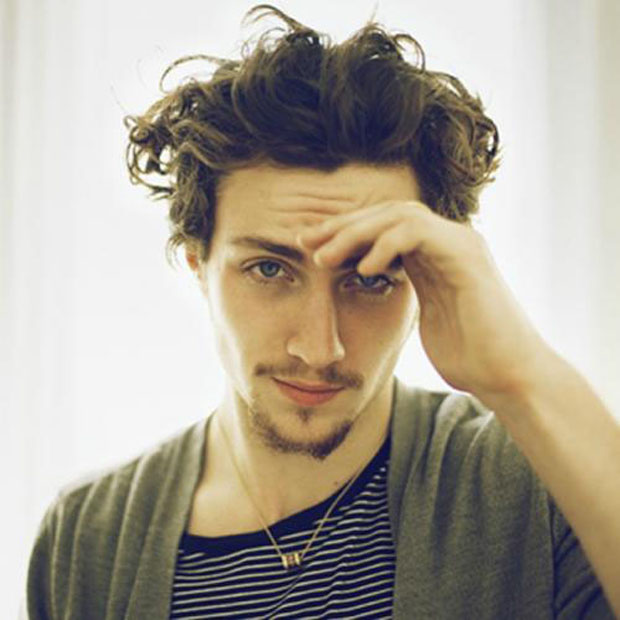 Does Aaron make your heart flutter?! Tell us why @tweetjanes