Ever since we watched her big screen debut in Superbad back in 2007, we have been huge fans of Emma Stone here at Janes! 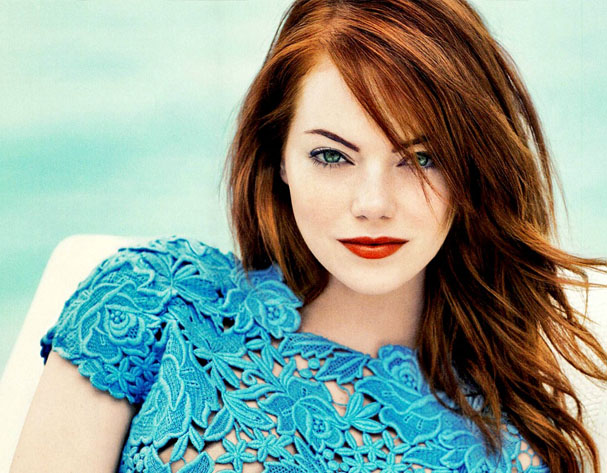 Alongside being ridiculously fashionable, Emma has gone through A LOT of different hairstyles, from rockin’ the red head to seeing if blondes really do have more fun, she’s not afraid to experiment with her hair!

Kicking off with a subtle red glossy hue at the 2008 MTV Movie Awards, Emma pulls off the shorter style hairdo. 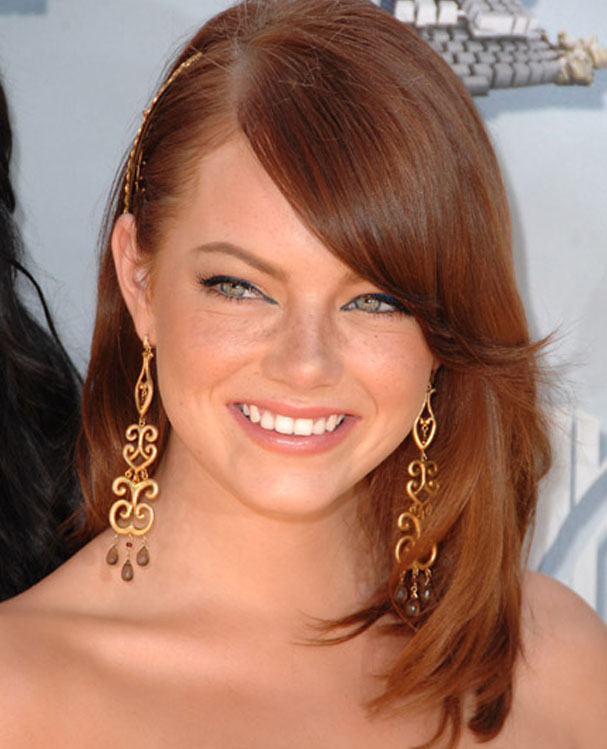 At the 2009 GQ Men of the Year Party, Emma wooed the crowd with her tousled waves and smokey eyes, a winning combination. 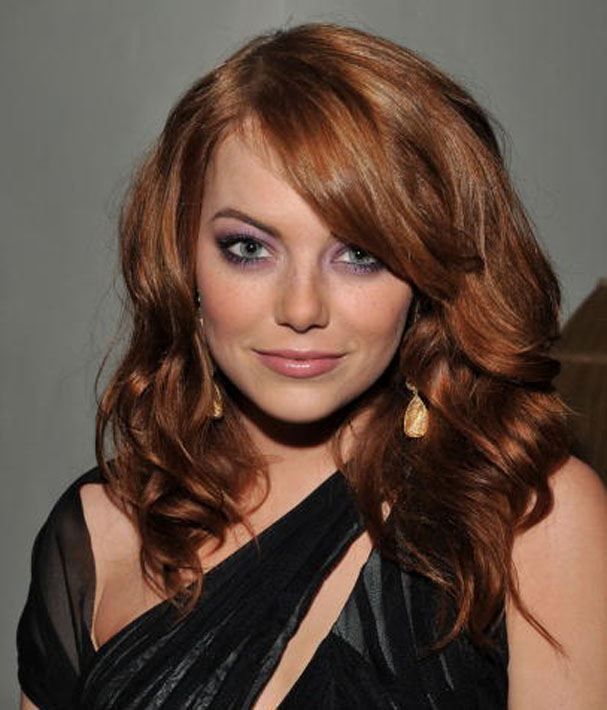 Pictured at the premiere of Easy A, Emma looks effortlessly beautiful with her casual half-up-half-down style, we are certainly fans of this deeper shade of red. 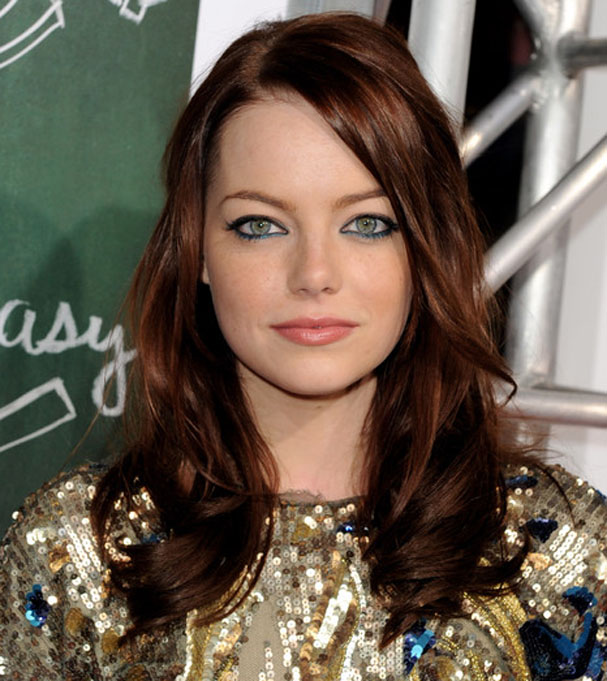 Massive hair change, hello blondie! Emma’s natural hair colour is actually blonde (we didn’t know either!) She dyed her hair initially for her role in Superbad, as Judd Apatow envisaged her character as a red head. She dyed her hair back to blonde for her role as Gwen Stacy in The Amazing Spider-Man. Here she is looking glam at the 2011 Golden Globe Awards. 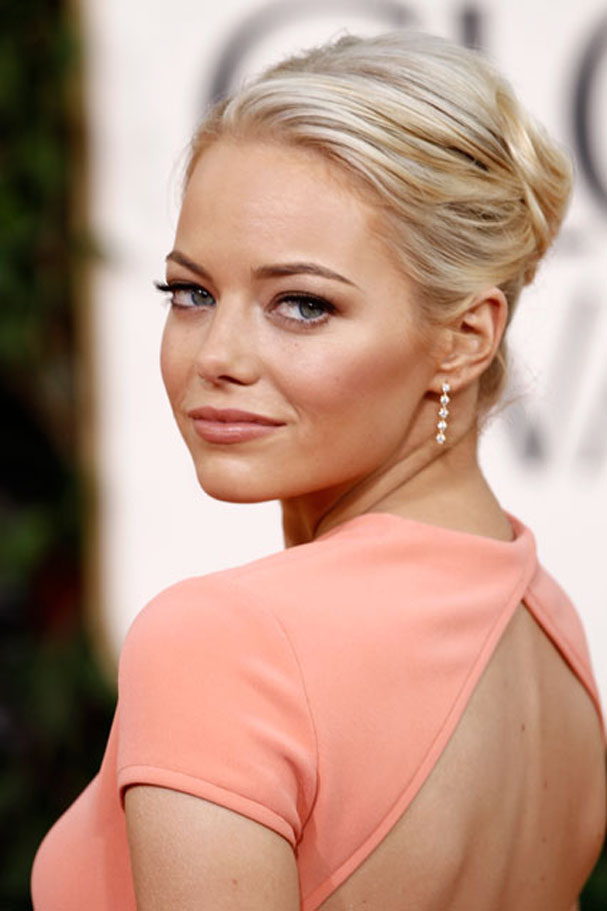 Keeping with the blonde at the 2011 Vanity Fair Oscars party, Emma is pulling off a full fringe and tousled waves. 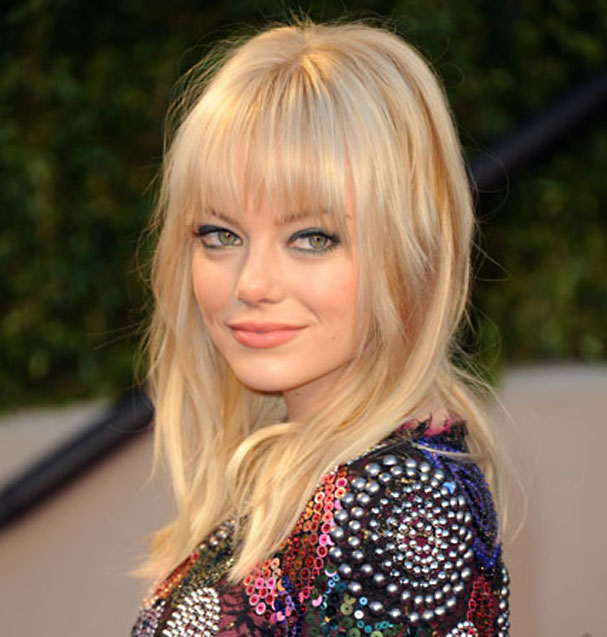 Skip ahead a year and Emma is back to being a red head. She pairs an elegant up-do with subtle pink lipstick at the 2012 SAG Awards.

At the 2012 CFDA/Vogue Fashion Fund Awards Emma is back to a shade of golden blonde, with a side-parted fringe and subtle waves. 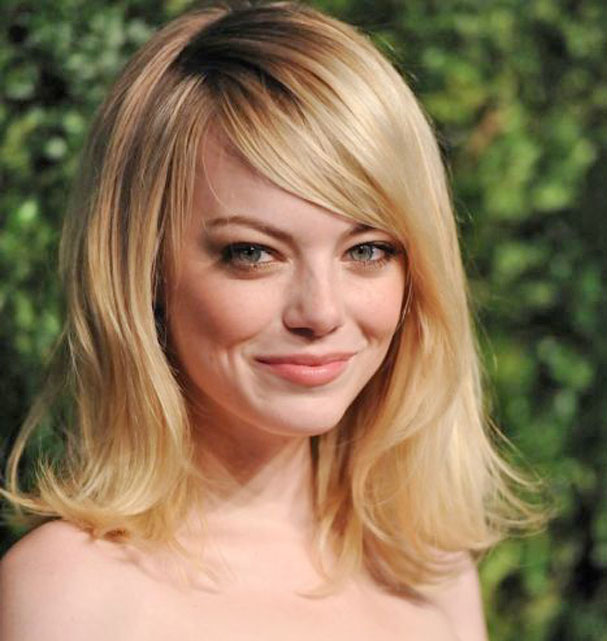 Elegant, sophisticated and beautiful; three words to sum up Emma Stone at the premiere of The Amazing Spider-Man 2. Emma looks great with straight hair, but with these glamorous curls paired with the fuchsia lipstick, she looks incredible! 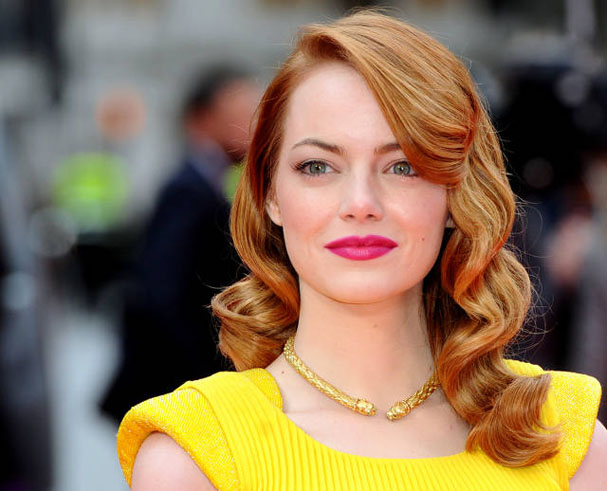 We absolutely love this hairdo Emma wore for an appearance on Good Morning America. The loose curls compliment the red shade highlighting the lighter and darker areas of the hair. Oh and Emma, can we steal your sunnies!?

At the Birdman premiere at the Venice Film Festival Emma debuted a new choppy bob, we think it’s our favourite ES hairstyle to date!

Do you have Emma Stone hair envy? Which is your favourite style? Let us know! @tweetjanes